ASK PHIL: 3 Threats To Your HVAC Equipment In A Hurricane

ASK PHIL: 3 Threats To Your HVAC Equipment In A Hurricane 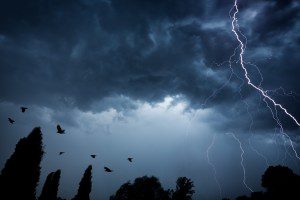 Right around the end of summer, clients typically ask me, “Is there anything I should do to prepare my HVAC system for hurricane season?”

Good question, but the timing is off. Homeowners in Massachusetts should think about safeguarding their HVAC units in the beginning of summer. Atlantic hurricane season runs June 1 through November 30, and peak season begins in early August and goes to October. In 2018 there were 15 named storms, including eight hurricanes, according to National Oceanic and Atmospheric Administration (NOAA). 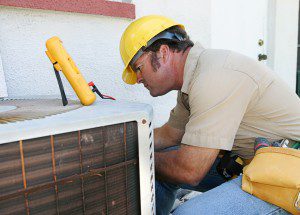 Hurricanes are nothing to ignore because the damage they cause is as unpredictable as the weather. For instance, one of the top 3 most-damaging hurricanes on record is Hurricane Bob from 1991. Bob was only a Category 2 hurricane, which is not considered a “major” hurricane by the Federal Emergency Management Agency (FEMA). However, Bob cost New Englanders $680 million in damages, of which $39 million hit Massachusetts alone, according to the Massachusetts Office of Coastal Zone Management (CZM).

There are 3 major threats to your heating and cooling system during a hurricane: water, wind, and electrical surges. This article looks at how and when to give your HVAC system the best chance for making it through a hurricane. 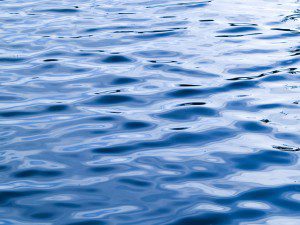 er problem the closer you live to the coastline and other areas prone to flooding. When a new heat pump is installed, it’s typically placed on a concrete slab. During a hurricane, however, water levels can easily rise above the thin foundation and inundate your heat pump with water and cause damage to the electrical circuits. If the flood waters don’t recede for some time, corrosion of metal parts can also occur.

FEMA recommends elevating mechanical service equipment, including heat pumps and condensers, at least one foot above the base flood elevation (BFE). You can easily find the BFE for your area on a Flood Insurance Rate Map (FIRM). Elevating your HVAC equipment may require constructing an appropriately tall brick or concrete platform or a cantilevered platform on the side of the dwelling. 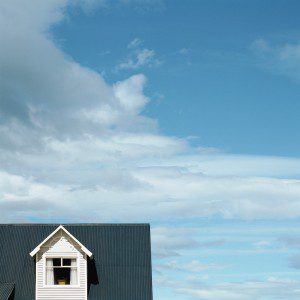 Even a Category 2 hurricane can have extremely dangerous sustained winds from 96–110 mph, according to NOAA. Winds at these speeds can cause
roof and siding damage to well-constructed homes and topple shallow-rooted trees.

There are metal tie-downs that can be used to secure your heat pump to the concrete footing or platform it’s mounted on. Reputable HVAC contractors nearby can give estimates for installing hurricane tie-downson new energy-efficient heat pumps and also retrofitting them to existing units. Follow the link to find my personal recommendations for hiring an HVAC contractor. 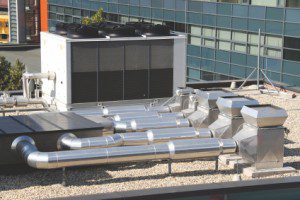 Commercial HVAC equipment, especially rooftop units, should be regularly serviced so a trained technician can ensure both the mechanical equipment and fastening systems are highly functional and effective.

In most Massachusetts communities, the more likely scenario involving wind is damage from flying debris. While carrying out your preparations for a hurricane, be certain to always pick up everything in your yard that could become a projectile in the wind. FEMA suggest going a step further and covering your A/C unit or heat pump with a tarp and/or plywood to protect it from flying debris, including tree limbs and branches brought down during the storm. 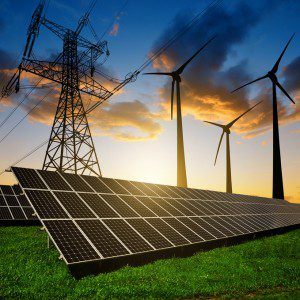 Category 2 hurricanes are also expected to cause power outages for several days or weeks, according to NOAA. During this time, power can flicker on and off. Also during the storm, lightning strikes can cause surges in the electrical grid that can ruin appliances and other household electronics plugged into an outlet.

One way to protect your entire home from power surges is to get a surge protector installed between the incoming electricity and your home. It’s just like the individual surge protectors you plug into your outlets only beefier up.

If you don’t have a total home surge protector, immediately leading up to the hurricane you should turn off the power to your HVAC equipment at the circuit breaker. Many HVAC and storm experts recommend cooling down your homebefore the storm so your family can remain comfortable when you cut power to the air conditioning.

You can always call on your extended family of dependable heating, cooling, and air quality experts at CPS Heating & Cooling.